After a good night sleep at the Sleeping Giant, we head to the abandoned Tresendar Manor, the hideout of the Redbrand Roughians. Within its dilapidated walls we encounter and dispatch several fiends; everything from the likes of skeletons and bugbears to a strange magic using creature called a nothic. Working alongside these beasts were the Redbrand Roughians. Deep in the hidout we find the leader of the Roughians, Glassstaff. After a brief skirmish, Glassstaff surrenders. Among his possessions we find a dwarfs journal and a letter from the Black Spider that reads:

My spies in Neverwinter tell me that strangers are due to arrive in Phandalin. They could be working for the dwarves. Capture them if you can, kill them if you must, but dont allow them to upset our plans. See that any dwarven maps in their possession are delivered to me with haste. I am counting on you , Ilarno. Dont disappoint me. 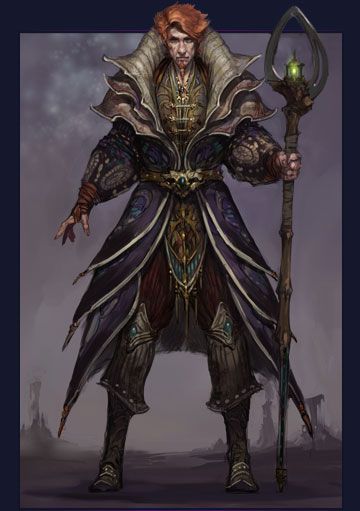 With Ilarno in our custody, we return to the townmasters hall for questioning. After some probing we learn that Klarg, a bugbear, is helping to supply muscle to the Roughians. He is doing this under the command of The Black Spider. As we suspected, The Black Spider is a drow who is searching for Wave Echo Cave. Unfortunately, Ilarno didnt know where Klarg or The Black Spider could be found. Habin has agreed to see that justice finds Ilarno.

Now that the Redbrand Roughians are eliminated we decide to have a drink at the Sleeping Giant. Here we are meet with a heros welcome. We agree that our next objective should be locating Grunden. As we are discussing how to do this, a halfling called Qelline Alderleaf introduces herself and says that she may be able to help. She doesnt know where Grunden is but a friend of hers, the druid Reidoth, may be able to help. He is currently living in the abandoned city of Thundertree. We will set out for Thundertree at first light.

I often get lost in my own thoughts and contemplation, becoming oblivious to my surroundings. View more posts