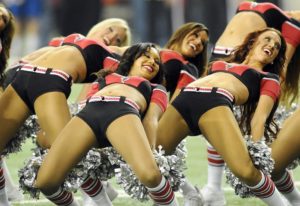 What promised to be one of the best Conference Championship playoff weeks turned into 2 blowouts. I cant believe that the Falcons dismantled the Packers the way they did. Its less surprising about the Patriots and Steelers but still, Big Ben has been on fire. The question is: Is this Matt Ryans time to prove he is among the elite or is it Tom Bradys time to show he is one of the greatest quarterbacks the game has ever seen? As for my pick, I have to go with the Patriots.